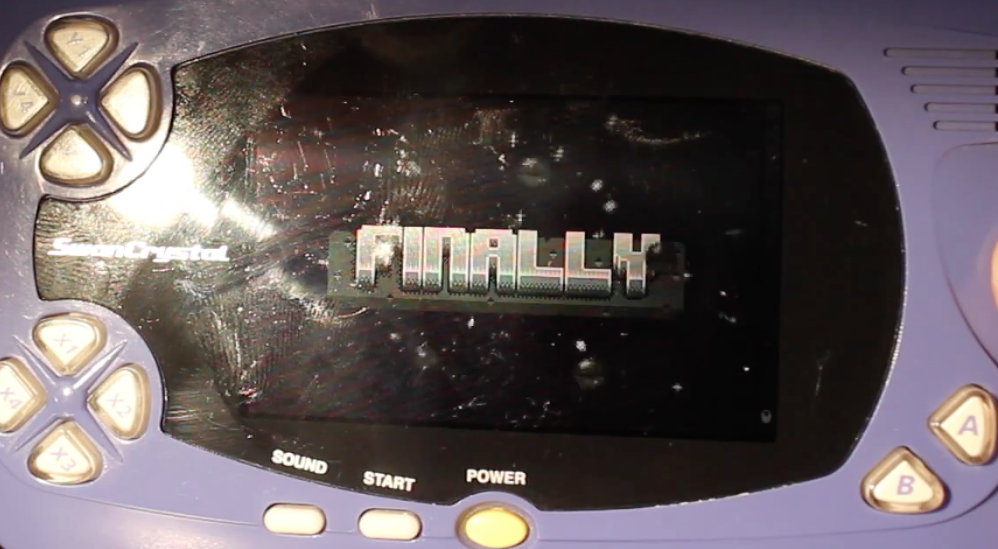 Ten years ago, two student from the Cornell University (North Australia) released the first public homebrew cart and software for the WonderSwan that does not use the WonderWitch. See here.

Their project was a major breakthrough as they where the first to document the WonderSwan hardware, and they are the original authors of the well known wstech document.

And after they made their release… nothing more. There were no concrete or public hardware development for the WonderSwan that went to a releasable product.

Today, I’m proud to show to the world the first prototype of what will be the Next Big Thing for the WonderSwan after the work release by the two Cornell’s Student.

First, we are going back two years ago, nearly after I started this blog, I’ve released information about my project the Wonder Project!

One of the first thing I did on this project was to take a WonderSwan color, solder a bunch of wires to look at the Cart. 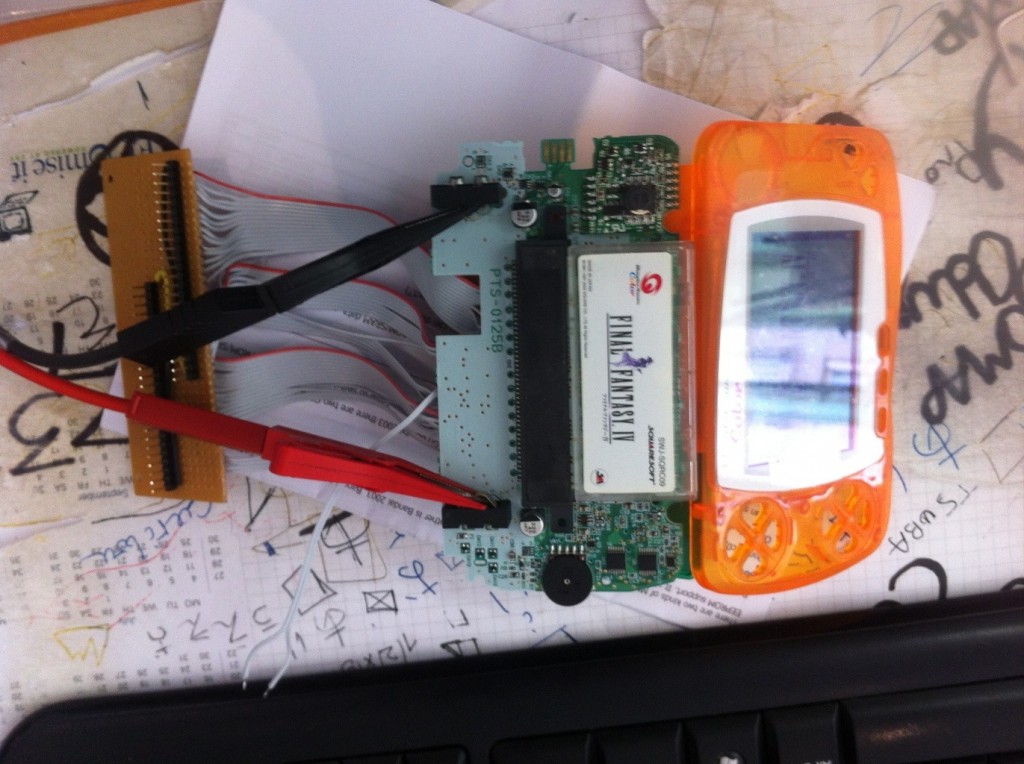 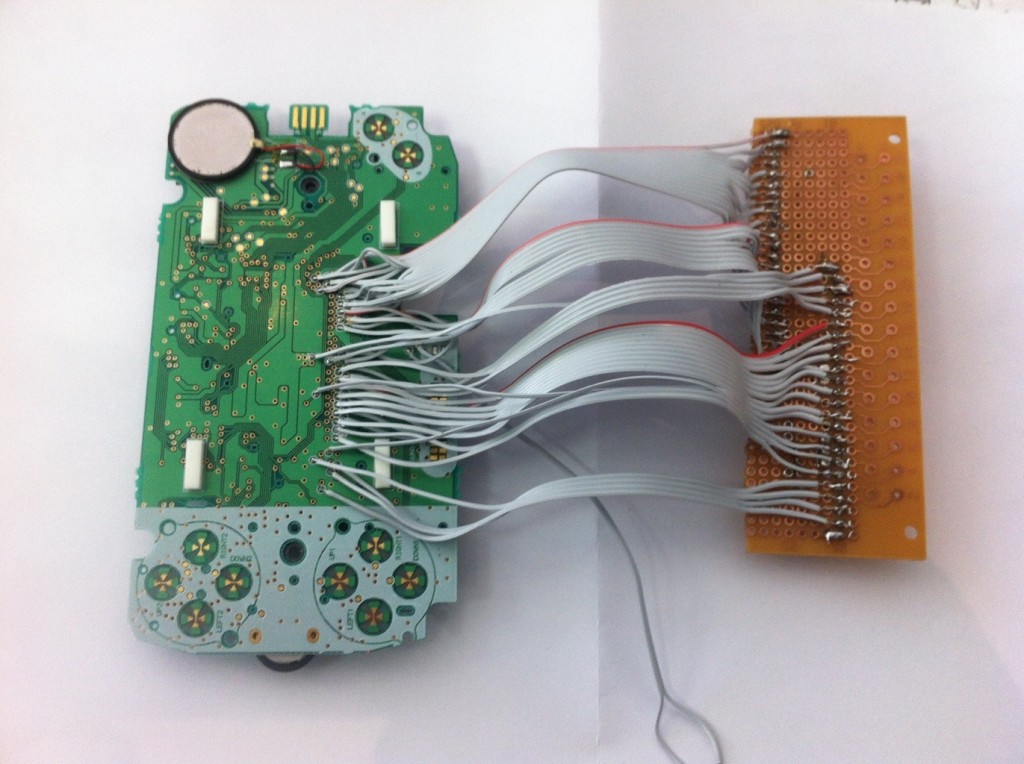 And then after that take a logic analyser and look at the unknown signals coming from the card and the WonderSwan. After this was done, I released this picture:

Which show a bunch of signals from the WonderSwan and the cart itself, or should I say, the Bandai 200x chip.

Lots of personal and professional obligations (and a big computer failure) prevented me to go further at the time, and the project stalled for a long time.

Not really stalled as I had a bit of time to try to understand other part of the console (I did a long disassembly of the WonderWitch BIOS that I have to release when finished, there are really a lot of code to comment.)

And around 2 month ago, I was back on the project and show the first result of this project: the WonderLyzer and finished its design quite quickly and start production of a few board. (By the way, I sell the one I don’t need, so if you want one, I still have a few to sell!)

This is a small board that allow to: 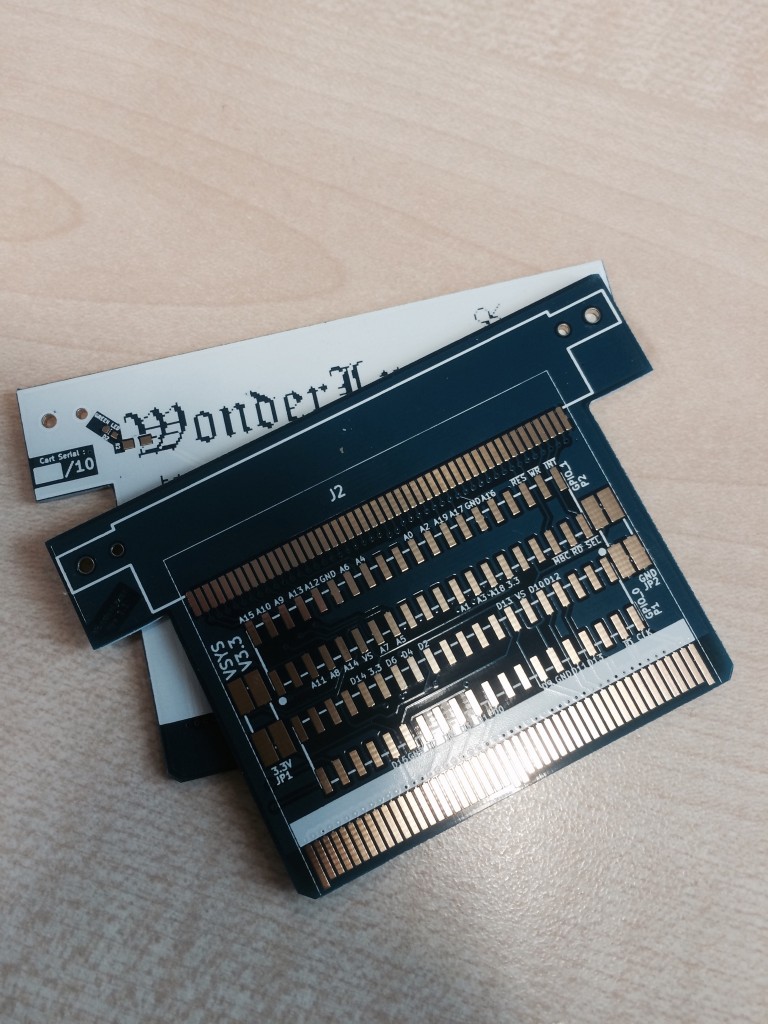 The card it self is just a passive card as there is no logic on it, but you can plug whatever you want on it, on the two 2×40 connector that replicate the whole cartridge bus. I made the board to be connected to one of the two nice Terrasic DE0 / DE0nano board, what I did beginning of last week, after receiving the boards.

I first created a simple VHDL project (to be honest, I haven’t done HDL/VHDL for a long time, this project was a bit fuzzy to make :D)

But I managed build it and capture the WonderSwan cart bus, like I did earlier with a logic analyser, and was able to capture this diagram: 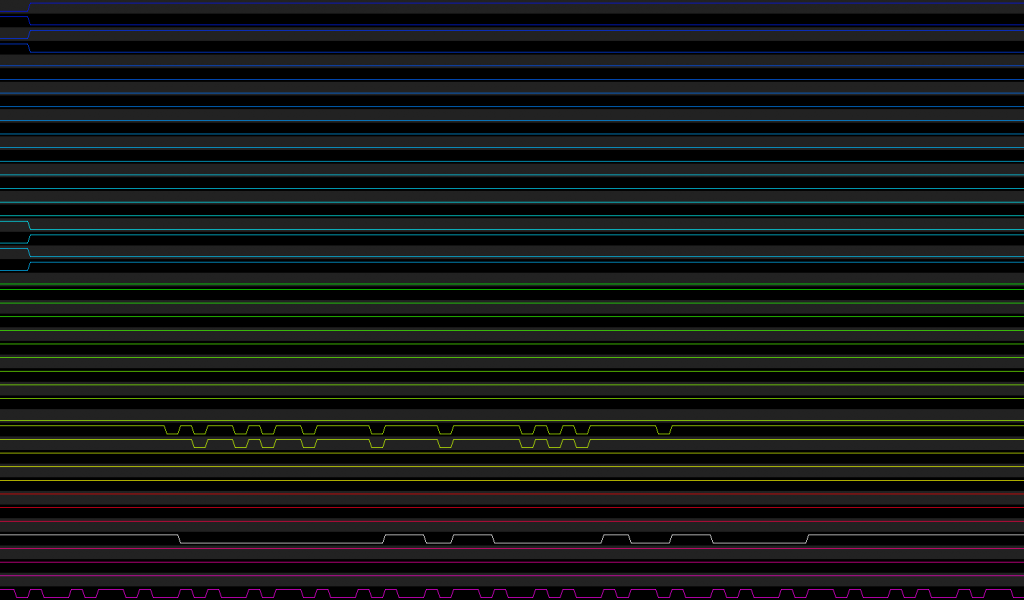 Which show nearly the same thing as the previous capture with the logic analyser, which was a really good thing.

And four days ago, during my trip to home, I finally started to work on the real project, it took me just a few hours (dispatched on two days) to build the first prototype. As videos explain more than words, I will start by showing you this:

As far as I know since the WonderMagic, which is nearly impossible to find, this is a world premiere 🙂

I am going to release the first part of this project, the WonderMadeleine, which is a reimplementation of the Bandai 200x chip in a CPLD. The VHDL source will be freely available, but I may release the firsts version of the code using CC BY-ND until I am satisfied by the code itself for a less restrictive license.

This is just the first part of the Wonder Project! The WonderMadeleine currently does not support EEPROM save memory or the RTC, but they will come shortly. Also it will only support the same EEPROM and RTC chip (or compatible) than the official WonderSwan cart used, this is for compatibility reason, and I don’t want to change how the IOs works. It will also support the IO used by games like One Piece Treasure Wars 2 that use two LEDs in the game cartridge.

I will post a second entry with more technical information on what the Bandai Chip does to WonderSwan to allow it to boot.