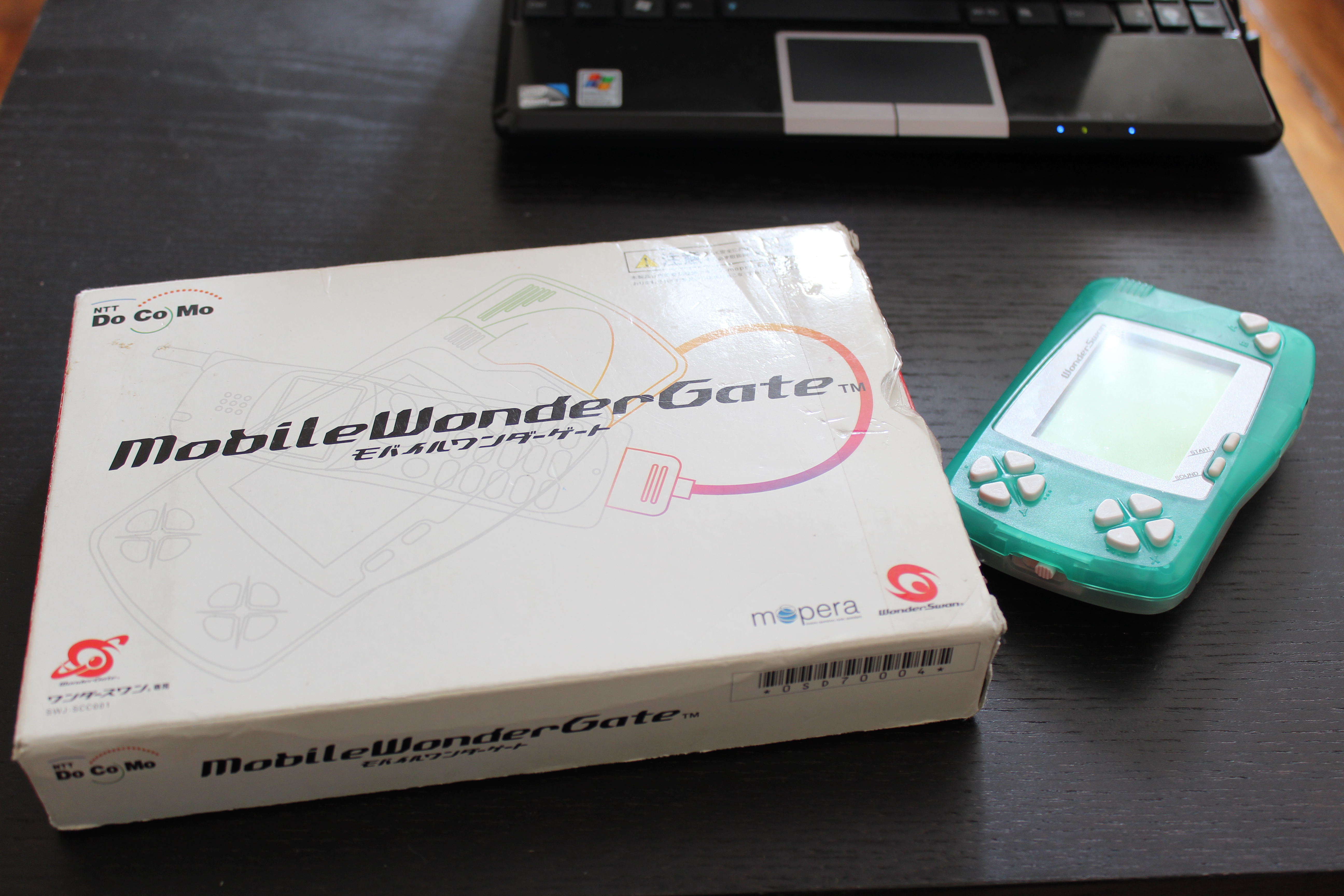 I’m happy, because this new stuff will may allow us to extand the capability of the WonderSwan: connecting it to the marvelous word of Internet!

This accessory is the MobileWonderGate: 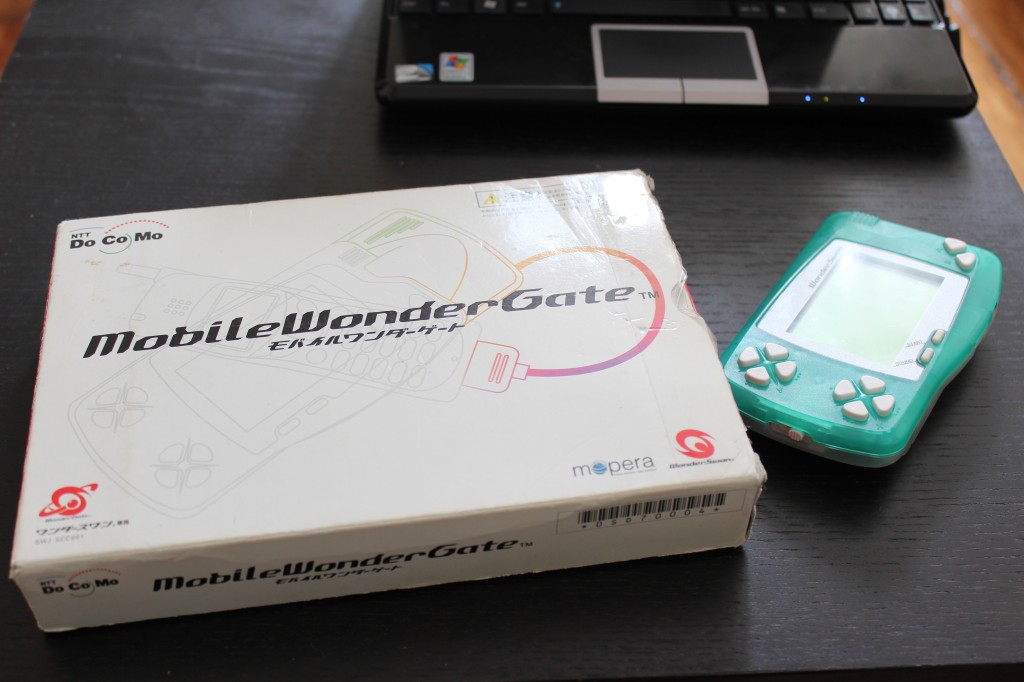 I was made to connect your WonderSwan to compatible mobile phone and then have access to Internet via your mobile phone. NTT DoCoMo was the sponsorship of this product at the time, and it surely only worked on this network.

But why this tool is interesting?

For a few reasons:

But for now, since I have a lot of work on the Bandai200x side, this will be a side project, sadly don’t expect result on this before a long time, I’d love to be faster, but the bandai part is not easy, and since this is not my primary work (yes, that’s sad, but I have to eat each day ;)) I won’t put full power on this until the bandai200x, and it’s subproject are finished.
I’ve already do some research on it, and the inside of the adaptor seems to agree with one of the point : there is flash and ram inside the module, so it’s looks like there is something like a microcontroler 🙂 But the chip I suspect to be a microcontroler is not referenced on google, so until I can do some hack I’m stuck on this. I will try to dump the Flash Chip, maybe I would be able to find if there is code stored right there and if yes, which type CPU there is inside the chip. Anyway, even if the chip won’t be deciphered, the serial protocol won’t be too hard to decrypt, since it seems that the phone connector is somewhat standardised in japan, and seem to be lightly documented.